Both compound and isolation exercises can serve a ton of different purposes in a ton of different workout routines based on your goal and your body and that means the only way to know for sure which type of exercise is best for you is by getting down to the specifics of each. 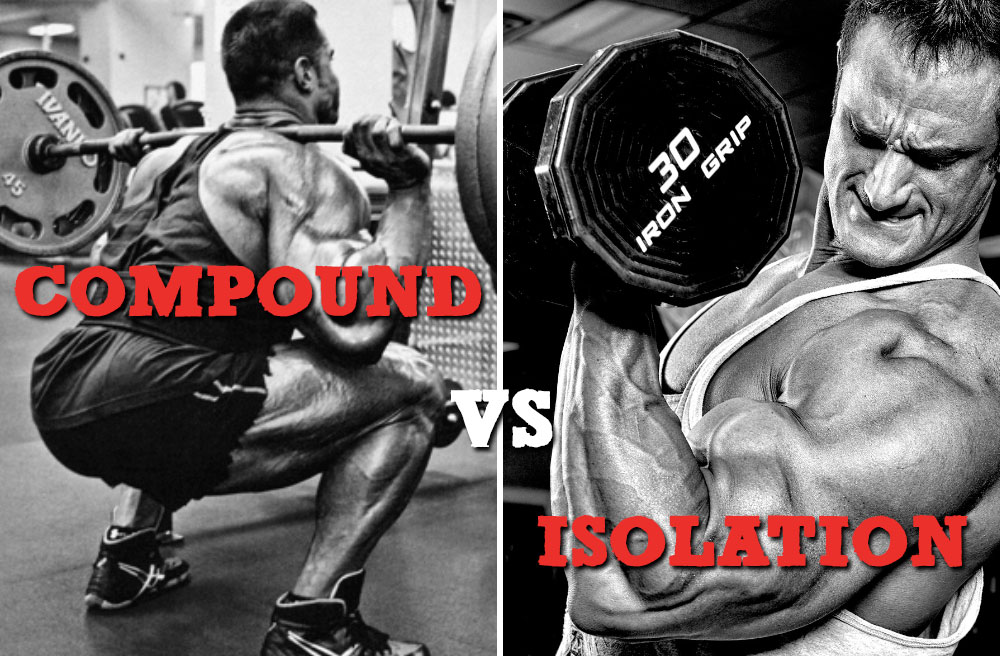 They are any exercise that involves the use of more than one major muscle group at a time. Typically, there is one larger muscle group that ends up doing the majority of the work, and then one or more smaller muscle groups that are recruited secondarily. Here’s a lift of the most common compound exercises along with the primary and secondary muscle groups each one targets:

If an exercise involves pushing, pulling, squatting or deadlifting, it’ usually training more than one major muscle group, and that makes it a compound exercise.

If an exercise involves raising, curling or extending, it’s usually training just one major muscle group and that makes it an isolation exercise.

So…. Compound or Isolation????

Now we know the differences, time to compare and figure which is best for you. COMPOUND EXERCISES allow you to engage more muscle groups, which in turn allows you to lift more weight, which in turn allows for faster and more consistent progression, which in turns causes a lot of good stuff to happen that all leads to the results you want to get. ISOLATION EXERCISES isolate muscle groups so they are trained by themselves. This means you’ll typically be using MUCH lower amounts of weight, which in turn means there won’t be anywhere near as much consistent progression, which in turn means the potential for results won’t be nearly as high as with compound exercises. In general, compound exercises allow you to create much more of the right type of training stimulus than isolation exercises can. For this reason, compound exercises beat isolation exercises by a fairly large margin for most people, most of the time.

This Is What We Recommend