“A mental health disorder in which a person becomes obsessed with imaginary defects in their appearance. The worry and anxiety associated with the perceived fault becomes overwhelming and can dominate a person’s life.”

BDD is classified as an anxiety disorder and it’s believed to affect 1-2% of the population. It’s a mental illness that causes people to worry incessantly about the way they look. They often lose hours a day checking their reflection or working out in pursuit of the ‘perfect’ body and in extreme cases, withdraw from social settings or work because they feel they are too hideous. It might be their nose, their skin or even the length of their arms. People with BDD believe that 1 or 2 areas wreck their entire appearance. While most of us can name a feature or two that we wouldn’t mind improving, sufferers of BDD are completely consumed by their perceived flaw.The difference between normal body image concerns and BDD is repetitive behaviours. Someone with Body Dysmorphic Disorder might mirror- check for hours every day and constantly measure or weigh themselves or compare themselves to other people in real life or those on social media. Sometimes they’ll spend a couple of months or even years at a time fixated on one aspect of their appearance then it might shift and they’ll become concerned about a different aspect.

Similar to obsessive compulsive disorder (OCD), a lot of behaviour associated with BDD is a result of misfiring in the amygdala region of the brain, which controls our emotions. It’s the part of the brain that sounds an alarm and makes us stressed if things aren’t right. The amygdala lights up in response to a stressful situation, but brain scans show it lights up randomly in sufferers of BDD, who then seek to attach something to the stress. They get super stressed out and search for a reason why, and for whatever reason, people with BDD attach that stressed- out feeling to how they look. They also have incredible attention to detail and also appear to have something wrong with their visual system. It’s like they see a jigsaw puzzle but they haven’t put it together- they see the little pieces and become very focused on a single thing and take it out of context. BDD affects men and women equally, it can run in families and people who have grown up with controlling parents or as a victim of childhood bullying appear to be at a higher risk.

Simply wanting to lose weight does not warrant a BDD diagnosis. A person with BDD may experience a significant amount of distress or become seriously anxious if they can’t their points or become super harsh on themselves and think they’re a failure. It’s normal to have fleeting moments of dislike for an area of your body. But for most people the moment passes and life goes on. Yet for sufferers of BDD there are certain behaviours that intrude on leading a normal life.

The fact that BDD is still not widely known about or understood by the general public mans sufferers may endure the condition for years without recognising it. Most people with BDD won’t realise they’ve got it – they actually think they’re ugly. One of the simplest ways for sufferers to start to understand they may have BDD is to consider how their assessment of their appearance compares to what others think of them. Do people around you say, ‘Why are you on a diet? You have a beautiful figure’. Or, ‘Why do you need to lose weight, you’re the perfect size and shape’. If your assessment of yourself is at odds with those who love you, it may be an indication that you have BDD.

Know Someone With BDD?

If a loved one constantly puts themselves down and stresses about aspects of their appearance, take these suggested steps: 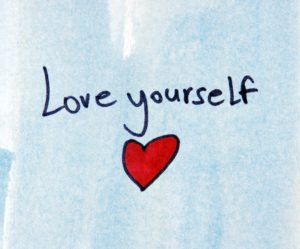 While it may be hard to admit that you’re ashamed of your appearance, if you think you, or someone close to you, may have BDD, finding a psychologist or therapist with specific experience treating the disorder. Treatment may involve cognitive behaviour therapy (CBT), which helps change unhelpful thought patterns.